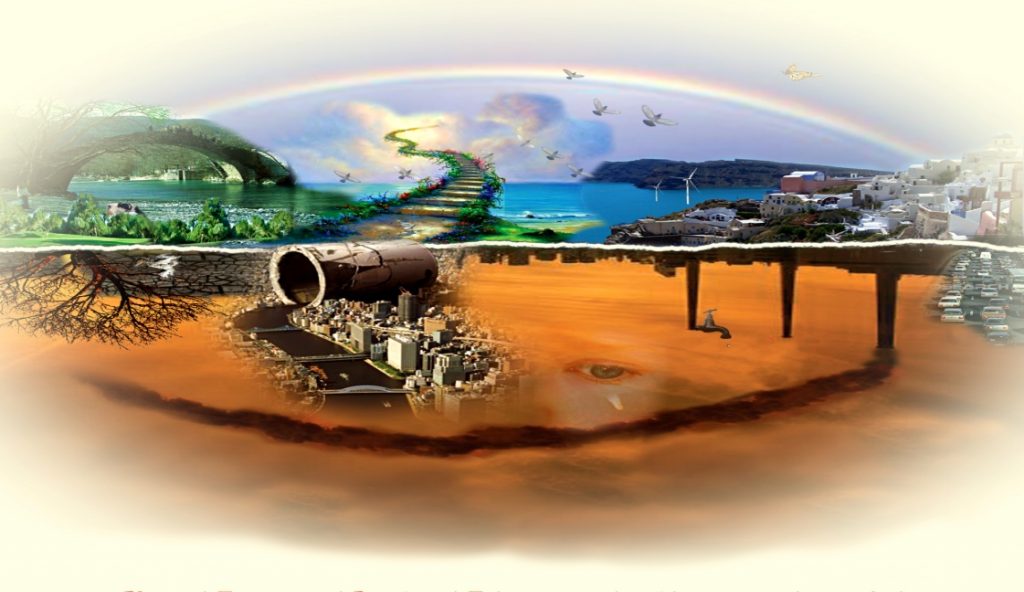 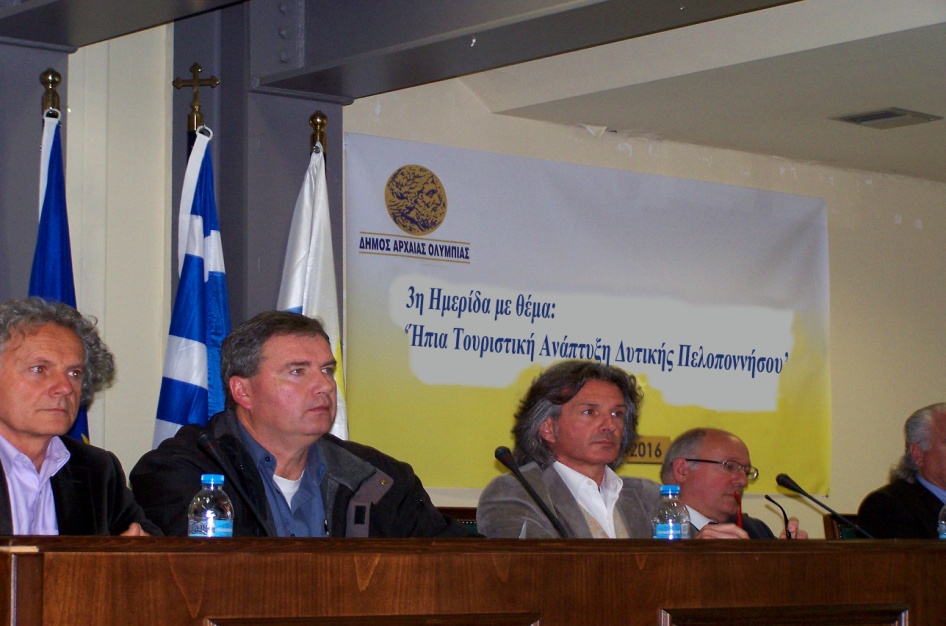 Ilias Bountouris is a Fine Artist,
a Cultural Management Consultant, an author.

His multi dimensioned and full professional life,
is marked by the following very distinct events:

– For many years he has become an acclaimed artist, whose paintings are included in many private collections in Greece and abroad alike.
Besides, he creates theatrical sceneries and costumes.

– He decorates interior and exterior spaces of houses, shops and hotels, also public parks and squares, with decorative applications throughout the Greek territory and in other European countries, as France, Italy, Belgium, Germany, Luxemburg etc.
Several works have gained great reputation becoming for years as decorative patterns, as they contribute to the emergence of the specific nature of each region.
He accomplishes this, by utilizing local architectural elements and adjusting them in buildings.

– He has produced Studies, which have defined the cultural identity of many towns and areas all over Greece and have helped to highlight their local traditions.

– He has transformed a variety of privately owned old buildings having a great historical, folklore and cultural value, such as Castles, Lighthouses, Watermills, Windmills, Turkish baths, olive oil Mills, Wineries, etc., into cultural places open to the public.

– He has created Museums by utilizing unused old buildings, such as schools, old factories, industrial units, etc., on behalf of Municipalities, Associations, and other legal entities.

– He is a founding member of ‘CHRISALIDA’,
the Company responsible for the Study, Recording, Conservation & Development of Environmental, Historical and Cultural Heritage.

– He is the founder of the “Cultural Park” in Athens,
the management of which he has assigned to “CHRISALIDA”.

– He has created other Cultural or Thematic Parks all over Greece under the instructions of business men, investors, Associations, Municipalities, etc.

– He has produced many Educational Experiential Activities, aiming at promoting the Culture and the Environment, on behalf of Schools, Museums, Municipalities, Hotels, etc.

– For his work, he has received many awards, citations and accolades, by Unesco, the ministry of Cultural Affairs, the ministry of Environment, European Organizations and Bodies, Chambers, Associations, Foundations, the media, etc.

– He is a Founder member and president of “Allotino”, which is a non-profit agency entrusted with the Protection and Promotion of the Cultural and Environmental Works.

– Along with other personalities of the arts and literature, he is the founder and the active president of the Museum of Hellenic Ethnography.

– He has organized a variety of Cultural Events and Exhibits for other Artists.
He has also created libraries (for getting or borrowing material) in schools, municipalities, theatres, movie theatres, hotels, banks, and many other businesses, such as cafes, restaurants, hospitals and waiting rooms.

– He has organized Environmental Activities,
for which he has been awarded by the ministry of Environment.

– He has been elected president or honorary member of many Cultural and Environmental associations, foundations and non-government agencies.

– He has been writing articles regarding Greek Culture and he is writing historical short stories, while he has published Guides with the cultural elements of many Greek regions.

– He is giving numerous lectures and is participating in many Symposiums, Conferences and Workshops, where he speaks about and tries to find ways to promote Culture.